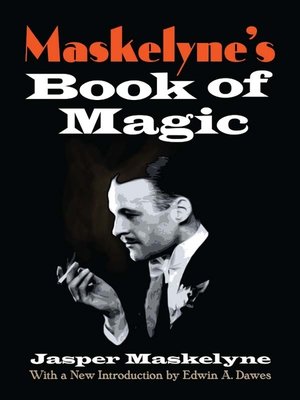 A charming glimpse of stage magic in the early twentieth century, this engaging manual's time-honored tricks range from sleight of hand with coins, cards, and rope to thought-reading and juggling. Written by a famous magician, its tried-and-true feats and performance tips are illustrated by sixty figures and thirteen vintage photographs.

A British stage magician of the 1930s and '40s, Jasper Maskelyne was a third-generation performer in a well-known family of illusionists. During World War II, Maskelyne assembled a squad known as the "Magic Gang" to misdirect Axis bombers and camouflage the activities of the Allied forces with illusions of tanks, battleships, and armies. This new edition of his captivating classic features an introduction by magic historian and author Edwin A. Dawes that recounts Maskelyne's larger-than-life career and exploits.