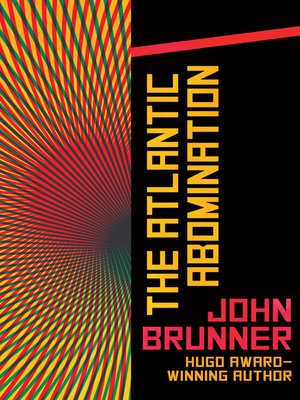 An alien hidden in the ocean's depths is awakened—and wreaks havoc on mankind—in this science fiction classic from the Hugo Award–winning author.
In The Atlantic Abomination, an exploratory expedition to the bottom of the ocean discovers the remnants of a long-lost civilization, and then, the enormous body of an alien being preserved for unknown millennia. An attempt to raise the body unleashes a horror beyond imagining as the creature revives from a long sleep and begins to exert control over men's minds throughout the world. This is a classic SF horror story in the mode of John W. Campbell's The Thing, the source material for SF thriller movies in the 1950s and again, via John Carpenter, in the 1980s.
For each generation, there is a writer meant to bend the rules of what we know. Hugo Award winner (Best Novel, Stand on Zanzibar) and British science fiction master John Brunner remains one of the most influential and respected authors of all time, and now many of his classic works are being reintroduced. For readers familiar with his vision, this is a chance to reexamine his thoughtful worlds and words, while for new readers, Brunner's work proves itself the very definition of timeless.