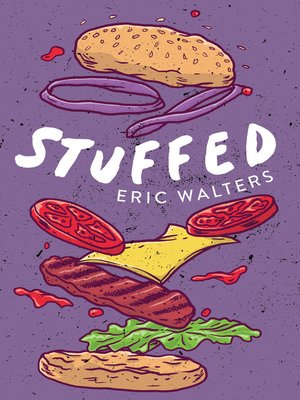 Young Adult FictionYoung Adult Literature
When Ian and his classmates watch a documentary about the health concerns of eating fast food, Ian decides to start a boycott and stop everyone he can from eating at Frankie's, a huge fast-food chain with a questionable menu. The boycott takes off and Frankie's gets concerned. The company's lawyers threaten Ian and his friends and try to force them to stop the boycott. Ian must convince others that the boycott is a good idea. Can Ian stand up for what he believes in? Can you take on a corporate behemoth and win?

More about Eric Walters
Stuffed
Copy and paste the code into your website.
New here? Learn how to read digital books for free