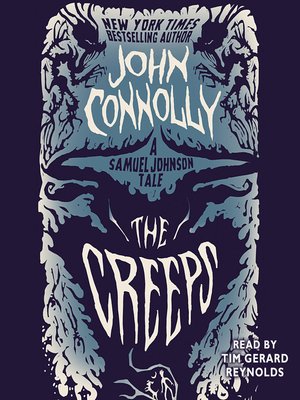 FantasyThrillerYoung Adult Fiction
In this delightfully imaginative novel, once again, hell threatens to break loose as Samuel Johnson and his ragtag group of friends must defend their town from shadowy forces more threatening than ever before...
In this clever and quirky follow-up to The Gates and The Infernals, Samuel Johnson's life seems to have finally settled down—after all, he's still got the company of his faithful dachshund, Boswell, and his bumbling demon friend, Nurd; he has foiled the dreaded forces of darkness not once, but twice; and he's dating the lovely Lucy Highmore, to boot.

But things in the little English town of Biddlecombe rarely run smoothly for long. Shadows are gathering in the skies, a black heart of pure evil is bubbling with revenge, and it rather looks as if the Multiverse is about to come to an end, starting with Biddlecombe. When a new toy shop's opening goes terrifyingly awry, Samuel must gather a ragtag band of dwarfs, policemen, and very polite monsters to face down the greatest threat the Multiverse has ever known, not to mention assorted vampires, a girl with an unnatural fondness for spiders, and highly flammable unfriendly elves.

The latest installment of John Connolly's wholly original and creepily imaginative Samuel Johnson Tales, The Creeps is humorous horror for anyone who enjoys fiction at its best.
FantasyThrillerYoung Adult Fiction

John Connolly is the author of the Charlie Parker series of mystery novels, the supernatural collection Nocturnes, and with Jennifer Ridyard the Samuel Johnson and Chronicles of the Invaders series for younger readers. He lives in Dublin, Ireland....

More about John Connolly
The Creeps
Copy and paste the code into your website.
New here? Learn how to read digital books for free