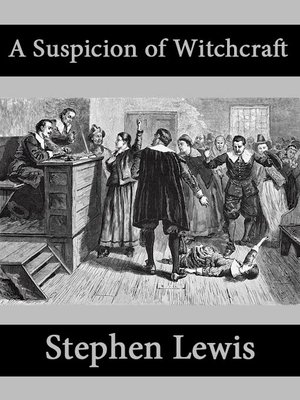 A Suspicion of Witchcraft

FictionMysteryHistorical Fiction
In Salem in 1692, as the paranoia leading to the famous trials is heating up, Rebecca Martin, a midwife and healer, tries desperately to save her son Michael who has been accused of murder. Harassed by Magistrate John Hathorne, the novelist's ancestor, she finds the suspicion of witchcraft hovering about her pushing both her and Michael toward a last walk to the hanging tree on gallows hill. Colonial Historical Mystery by Stephen Lewis; originally published by Belgrave House
FictionMysteryHistorical Fiction

A Suspicion of Witchcraft
Copy and paste the code into your website.
New here? Learn how to read digital books for free