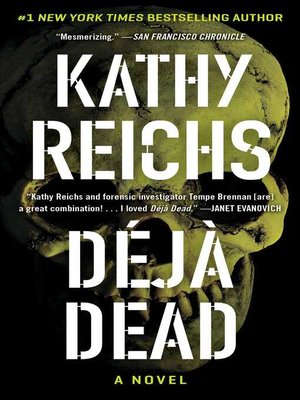 View more libraries...
The first Temperance Brennan novel in the "cleverly plotted and expertly maintained series" (The New York Times Book Review) from the #1 internationally bestselling thriller writer Kathy Reichs.
Her life is devoted to justice—even for those she never knew.

In the year since Temperance Brennan left behind a shaky marriage in North Carolina, work has often preempted her weekend plans to explore Québec. When a female corpse is discovered meticulously dismembered and stashed in trash bags, Temperance detects an alarming pattern—and she plunges into a harrowing search for a killer. But her investigation is about to place those closest to her—her best friend and her own daughter—in mortal danger...