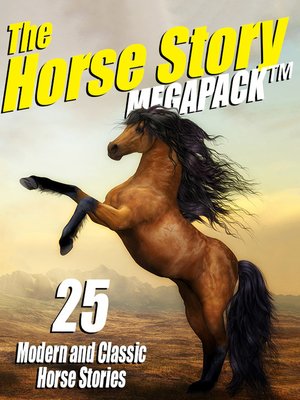 The horse has been championed throughout history as a war machine, a means of transport, an adjunct to farming, a source of popular entertainment, and, finally, as a true friend and companion. So it's no surprise that writers throughout history have featured the horse prominently in their fiction. Here are 25 stories and 5 poems of equine fiction and literature, from Anna Sewell's Black Beauty to classic tales by Sir Arthur Conan Doyle, Mark Twain, Jonathan Swift, and many others!

THE MAN FROM SNOWY RIVER, by A. B. Paterson [poem]

GULLIVER'S TRAVELS: A VOYAGE TO THE COUNTRY OF THE HOUYHNHNMS, by Jonathan Swift

HOW THE OLD HORSE WON THE BET, by Oliver Wendell Holmes [poem]

A HORSE'S TALE, by Mark Twain

THE TALKING HORSE, by F. Anstey

SAMUEL COWLES AND HIS HORSE ROYAL, by Eugene Field

A HORSEMAN IN THE SKY, by Ambrose Bierce

The Enchanted Horse, by Amy Steedman

A RIDE WITH A MAD HORSE IN A FREIGHT-CAR, by W. H. H. Murray

SKIPPER: BEING THE BIOGRAPHY OF A BLUE-RIBBONER, by Sewell Ford

THE INSTINCT OF ANIMALS: HORSES, by Thomas Bingley

A NIGHT AMONG THE HORSES, by Djuna Barnes

HE WALKED AROUND THE HORSES, by H. Beam Piper

THE HORSE OF THE INVISIBLE, by William Hope Hodgson

THE WAR HORSE OF ALEXANDER, by Plutarch, edited by Andrew Lang

HEADS AND TALES: THE HORSE, edited by Adam White

LADY CLARE: THE STORY OF A HORSE, by Hjalmar Hjorth Boyesen

ZADIG: THE DOG AND THE HORSE, by Voltaire

THE BALLAD OF THE DROVER, by Henry Lawson [poem]

HORSE LATITUDES: RETURN TO THE COUNTRY OF THE HOUYHNHNMS, by Robert Reginald

And don't forget to search this ebook store for "Wildside Megapack" to see more entries in the series, covering everything from animal stories to classics to science fiction, mysteries, westerns, ghost stories...and much, much more!