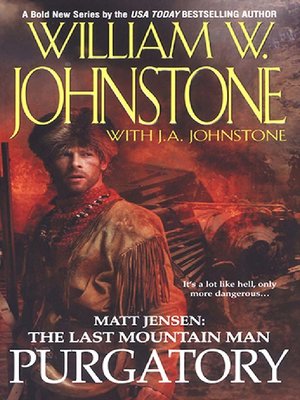 Purgatory, Arizona, is the last place you'll ever cross the law. Because in this town, the law is the personal fiefdom of an evil man—as Matt Jensen discovered on his first day in town, when an unavoidable gunfight and a dead deputy landed him in jail, sentenced to hang at Yuma Prison. But when the train from Purgatory to Yuma is violently derailed, Matt is set free amidst the carnage—with a choice to make. He can run for his life and live like an outlaw or take a chance with the determined U.S. Marshall who must hunt him down. For Matt, the choice will be easy. Because when both he and his pursuer tangle with a vicious band of outlaws, they're both caught on the same bloody trail. . .that leads straight back to Purgatory.

Being the all-around assistant, typist, researcher, and fact checker to one of the most popular western authors of all time, J.A. Johnstone learned from the master, Uncle William W. Johnstone. He began tutoring J.A. at an early age. After-school...

More about J.A. Johnstone
Purgatory
Copy and paste the code into your website.
New here? Learn how to read digital books for free