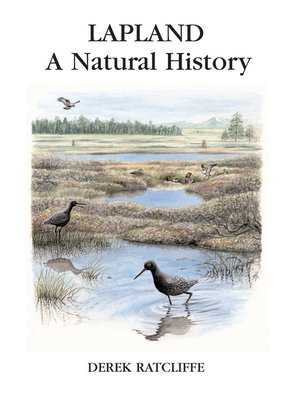 This stunning new Poyser title looks at the flora and fauna of Lapland - that area of northern Europe and northwestern Russia which lies within the Arctic circle. After general introductions, the book examines the Lapland ecosystems and species by habitat type, with one chapter dealing with freshwater habitats, another with open tundra and so on. The history of natural history study in the region, and the conservation issues affecting it today, are also discussed.

The book is illustrated throughout with a wealth of the author's own colour photographs, and there are also some line drawings and a number of maps and other figures to illustrate key points. This is a wonderfully evocative book which creates a vivid sense of place for one of the planet's last wildernesses, and will appeal to anyone who loves wildlife and wild places.

"A rare window onto one of Europe's most unspoiled areas, by the outstanding British field naturalist of the late 20th century." The Independent

"An informative and easy-to-read text on a part of the natural world unfamiliar to many. It is a fascinating, enjoyable book." Wildlife Activist, Summer 2006

Derek Ratcliffe grew up in Carlisle and began watching Ravens in the Lake- land fells while still a schoolboy. He later explored the Southern Uplands, Snowdonia and the Highlands, and developed a particular enthusiasm for the wildlife of the mount...

More about Derek Ratcliffe
Lapland
Copy and paste the code into your website.
New here? Learn how to read digital books for free