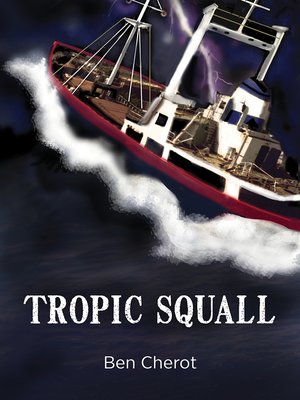 In August of 1992, one of the small tramp ships out of Miami that trade in the remote ports of the Caribbean is unaware it steams in the path of chaos—-a hurricane named Andrew. The seafaring stalwarts who crew her ascribe to different ethics than those on land—-they are a diverse group who live in a cruel environment, frightening while gratifying, with values derived from experiences unique to their world, while in both harmony and conflict with nature and fellow humans. Survival is their strongest ethic. The ship's first officer, Hogue, a mature and weather-beaten product of the West Virginia coal fields, has long aspired to become a master mariner and captain a ship, requiring he defeat a lust for booze. During the three-day voyage to Haiti, Hogue seduces Cora, a female passenger, which develops into a romance. But the battering of a hurricane threatens the existence of both.

More about Ben Cherot
Tropic Squall
Copy and paste the code into your website.
New here? Learn how to read digital books for free