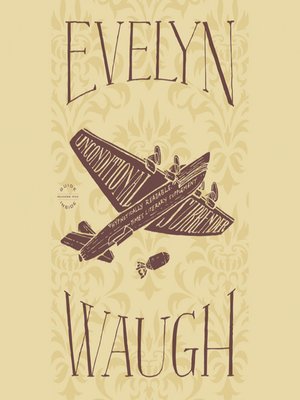 Classic LiteratureFictionLiterature
By 1941, after serving in North Africa and Crete, Guy Crouchback has lost his Halberdier idealism. A desk job in London gives him the chance of reconciliation with his former wife. Then, in Yugoslavia, as a liaison officer with the partisans, Crouch becomes finally and fully aware of the futility of a war he once saw in terms of honor.
Unconditional Surrender is the third novel in Waugh's brilliant Sword of Honor trilogy recording the tumultuous wartime adventures of Guy Crouchback ("the finest work of fiction in English to emerge from World War II"-Atlantic Monthly), which also comprises Men at Arms and Officers and Gentlemen.
Classic LiteratureFictionLiterature

More about Evelyn Waugh
Unconditional Surrender
Copy and paste the code into your website.
New here? Learn how to read digital books for free