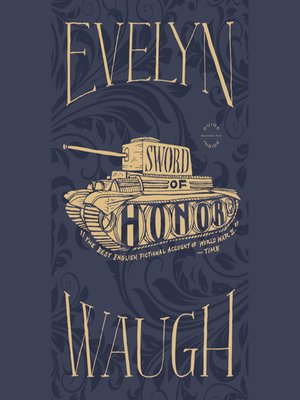 Classic LiteratureFictionLiterature
This trilogy spanning World War II, based in part on Evelyn Waugh's own experiences as an army officer, is the author's surpassing achievement as a novelist. Its central character is Guy Crouchback, head of an ancient but decayed Catholic family, who at first discovers new purpose in the challenge to defend Christian values against Nazi barbarism, but then gradually finds the complexities and cruelties of war overwhelming. Though often somber, Sword of Honor is also a brilliant comedy, peopled by the fantastic figures so familiar from Waugh's early satires. The deepest pleasures these novels afford come from observing a great satiric writer employ his gifts with extraordinary subtlety, delicacy, and human feeling, for purposes that are ultimately anything but satiric.
Sword of Honor comprises the three acclaimed novels Men at Arms, Officers and Gentlemen, and Unconditional Surrender.
Classic LiteratureFictionLiterature

More about Evelyn Waugh
Sword of Honor
Copy and paste the code into your website.
New here? Learn how to read digital books for free