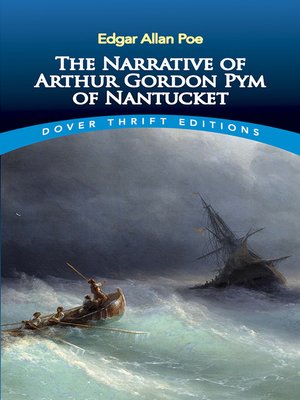 The Narrative of Arthur Gordon Pym of Nantucket

A stowaway aboard the New England whaler Grampus, young Arthur Gordon Pym finds himself an unwilling passenger on an extraordinary voyage. Edgar Allan Poe's only novel, first published in 1838, recounts the incredible adventures and discoveries of Pym and his companions as they overcome violent mutineers, are set adrift in an open boat, encounter a corpse-ridden ghost ship, cannibals, and huge polar bears as they approach the icy barriers of the South Pole.
An important influence on the works of Herman Melville, Jules Verne, and others, this engrossing tale — described by internationally acclaimed author Jorge Luis Borges as "Poe's greatest work" — will appeal to admirers of Poe and maritime enthusiasts alike.

The Narrative of Arthur Gordon Pym of Nantucket
Copy and paste the code into your website.
New here? Learn how to read digital books for free