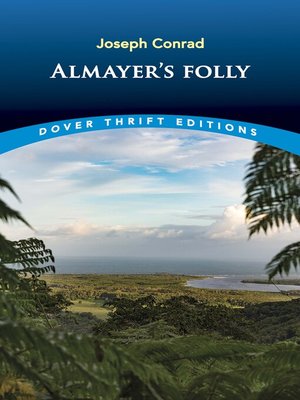 Classic LiteratureFiction
The tale of a man's inability to escape his self-delusion and the tragic results that ensue, Almayer's Folly unfolds with the lush prose and keen psychological insights for which its author is renowned. Set in nineteenth-century Borneo, the novel recounts the brief rise and protracted fall of Kaspar Almayer, a Dutch merchant who has struggled for 25 years to practice his trade in the jungle. Only his daughter, Nina, brightens Almayer's embittered marriage to a Malayan, and he dreams of their triumphant return to civilization — a fantasy undermined by Almayer's own greed and prejudice.
This tale of personal tragedy offers a wider perspective on the disastrous effects of colonialism, a view familiar to the author from the worldly wealth of experience he acquired in fifteen years of service as a merchant seaman. Conrad infused his first novel with many of the themes and settings that he would return to again and again in his later fiction: the clash of Western and Eastern cultures, the sovereignty of the natural world, and the consequences of cowardice and racism. A gripping and thought-provoking chronicle, Almayer's Folly abounds in the page-turning excitement that won Conrad his place among the greatest storytellers in English literature.
Classic LiteratureFiction

Almayer's Folly
Copy and paste the code into your website.
New here? Learn how to read digital books for free