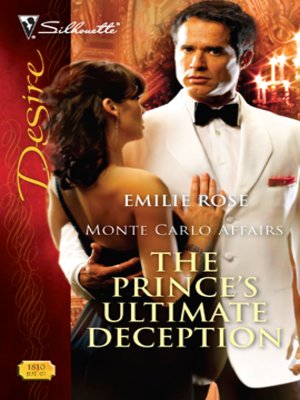 American Madeline Spencer arrived in glitzy Monaco with dreams of a vacation fling. Dangerously attractive and maddeningly mysterious Damon Rossi filled the bill. Their nights of soaring passion left Madeline breathless--and craving more. Then she discovered her seductive paramour was actually a prince. Being considered a royal mistress had not been part of her plan. But she could almost get used to a lifetime of pampering.

Until she found out her disguised prince was set to marry another woman.

More about EMILIE ROSE
The Prince's Ultimate Deception
Copy and paste the code into your website.
New here? Learn how to read digital books for free