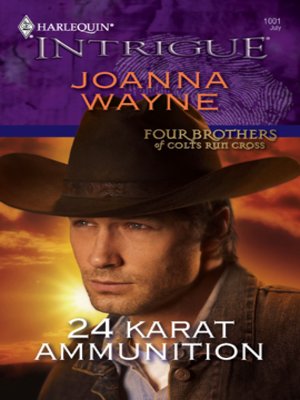 Langston Collingsworth was a man to be reckoned with. Powerful and president of the family oil business, opportunists looked at him and saw money, but he saw the land as his life force. So when the Collingsworth empire was threatened—it was personal.

It happened innocently enough—a young girl needing his help. But her mother was none other than Trish Edwards—Langston's high school sweetheart. Trish and her daughter were trapped in a blackmail and murder investigation and had been on the run since the day Trish gave birth to a Collingsworth heir.

Could Langston trust Trish after the years of deception? He had no choice if he wanted to protect her child—his child—and face down the trouble headed their way.

Joanna began her professional writing career in 1994. Now, Almost sixty published books later, Joanna has gained a wroldwide following with her cutting-edge romantic suspense and Texas family series such as Sons of Troy Ledger and the Big D Dads s...

More about Joanna Wayne
24 Karat Ammunition
Copy and paste the code into your website.
New here? Learn how to read digital books for free