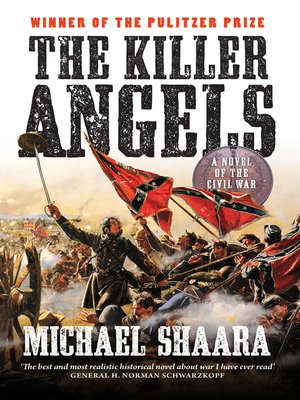 FictionHistorical Fiction
It is the third summer of the war, June 1863, and Robert Lee's Confederate Army slips across the Potomac to draw out the Union Army. Lee's army is 70,000 strong and has won nearly every battle it has fought. The Union Army is 80,000 strong and accustomed to defeat and retreat. Thus begins the Battle of Gettysburg, the four most bloody and courageous days of America's history. Two armies fight for two goals - one for freedom, the other for a way of life. This is a classic, Pulitzer Prize-Winning, historical novel set during the Battle of Gettysburg.
FictionHistorical Fiction

The Killer Angels
Copy and paste the code into your website.
New here? Learn how to read digital books for free