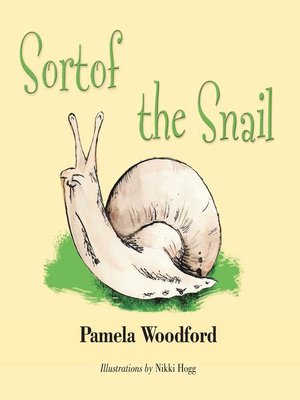 This is the tale of Sortof the snail. He was called Sortof because he was sort of this and sort of that. Mostly he was a really happy sort of snail, and then, at other times, he had a sort of worrying feeling. He was sometimes sort of scared. This was usually at night when the lights began to go out....'But when Sortof begins to understand that the night time is a very important time, especially for snails, he learns to forget about the dark being scary.'Sortof the Snail' is part of the 'Brighter Little Minds' series, which uses stories towards bringing about positive psychological changes in children and young people.The story of Sortof the Snail addresses such issues as fear of the dark, sleep problems, feeling safe, depression, worrying, relaxation, encouraging peaceful dreams and much more.

Pamela Woodford is a consultant Human Givens psychotherapist whose proactive, intuitive and creative adaptation of the Human Givens approach has helped hundreds of children, adolescents and adults deal with challenging life circumstances, bringing...

More about Pamela Woodford
Sortof the Snail
Copy and paste the code into your website.
New here? Learn how to read digital books for free