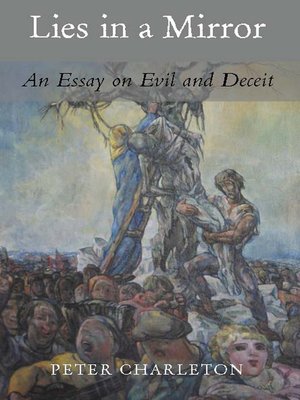 Lies in a Mirror

An Essay on Evil and Deceit

There is a lie behind every crime.'

Why is it that lies prise open the worst aspects of human conduct? Drawing on the author's own experiences in the criminal courts, and using a fascinating series of historical and psychological examples, this book argues that deceit and lies are the engines of evil.

Lying myths are the driving force behind the most extreme forms of violence. The author sees this as a timeless pattern, from the persecution of the Christians in the second century to the 1994 genocide in Rwanda. Where does this patterns come from? The author confronts the central mystery of why hatred changes the face of our enemy into an image that must be destroyed.

Mr Justice Charleton worked as a barrister in Dublin from 1979. He was counsel for the Morris Tribunal 2004–2006 and was appointed a judge of the High Court in November 2006.

More about Peter Charleton
Lies in a Mirror
Copy and paste the code into your website.
New here? Learn how to read digital books for free