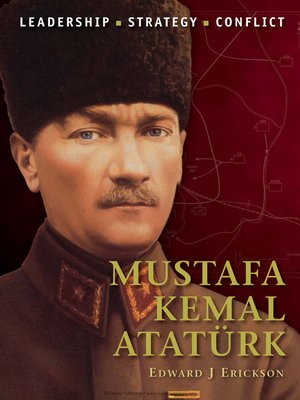 Mustafa Kemal was one of the 20th century's greatest combat commanders. Born in Salonika to a middle--class family, this book follows the life of a great commander who served in the Italo--Turkish War of 1911--12 and the Balkan Wars of 1912-13 before taking command of the 19th Division based in Gallipoli during World War l. His sterling service led to his promotion to corps command during the fighting against the Russians in the Caucasus. Following the end of the war he took command of the nationalist forces struggling against the occupation of Turkey, and managed to defeat Greek forces that sought to occupy Smyrna, thus preserving Turkey's territorial integrity.Labelled as the 'Man of Destiny' by Winston Churchill, his services in Gallipoli and the War of Independence were pivotal to the success of his armies. After leading the nationalist army to victory, he established the modern Turkish Republic and became Turkey's first ever president taking the name Atatürk, meaning Father of the Turks, as his own.