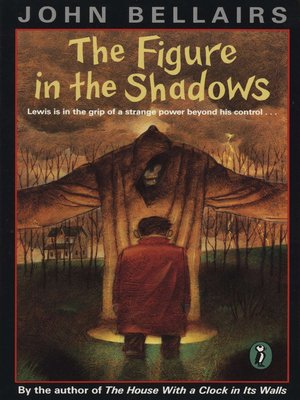 The Figure In the Shadows

FantasyJuvenile FictionMystery
A classic fantasy/mystery from critically acclaimed novelist John Bellairs
Lewis thought the amulet would bring him good luck—instead, it brought nothing but evil.
Lewis is sure that Grandpa Barnavelt's 1859 lucky coin is really a magic talisman in disguise. With its power, he could do anything he wante—like get back at bully Woody Mingo. But as soon as he begins wearing the coin around his neck, strange things start to happen. Mysterious letters arrive in the dead of night. A strange, shadowy figure seems to be tracking him. And when Lewis finally gets his revenge on Woody, he feels as if someone else is inside his body, urging him to go even further. Has Lewis awakened a force beyond his control?
FantasyJuvenile FictionMystery

The Figure In the Shadows
Copy and paste the code into your website.
New here? Learn how to read digital books for free