Assassination of Jesse James by the Coward Robert Ford 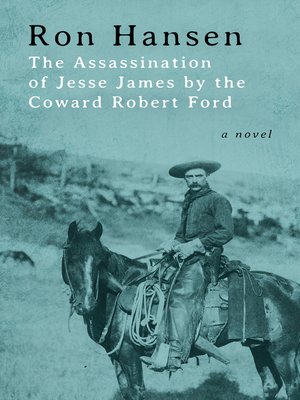 View more libraries...
A powerful novel of the infamous Western outlaw and his killer: "The best blend of fiction and history I've read in a long while" (John Irving).


By age thirty-four, Jesse James was already one of the most notorious and admired men in America. Bank robber, train bandit, gang leader, killer, and beloved son of Missouri—

James's many epithets live on in newspapers and novels alike. As his celebrity was reaching its apex, James met Robert Ford, the brother of a James gang member—an awkward, antihero-worshipping twenty-year-old with stars in his eyes. The young man's fascination with the legend borders on jealous obsession: While Ford wants to ride alongside James as his most-trusted confidant, sharing his spotlight is not enough. As a bond forms between the two men, Ford realizes that the only way he'll ever be as powerful as his idol is to become him; he must kill James and take his mantle.

In the striking novel that inspired the film of the same name starring Brad Pitt and Casey Affleck, bestselling author Ron Hansen retells a classic Wild West story that has long captured the nation's imagination, and breathes new life into the final days and ignoble death of an iconic American man.