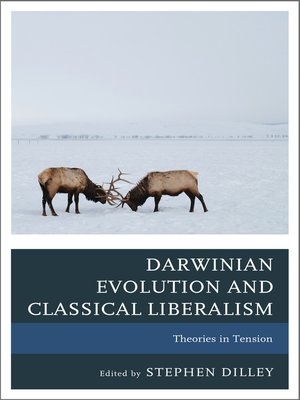 Darwinian Evolution and Classical Liberalism canvasses an array of thinkers from the past to the present as it examines fundamental political, philosophical, ethical, economic, anthropological, and scientific aspects of the ferment between Darwinian biology and classical liberalism. Early chapters focus on classical thinkers like John Locke and Adam Smith, while later chapters provide analyses of present-day classical liberals, focusing especially on F.A. Hayek, Thomas Sowell, and Larry Arnhart, the most prominent advocates of 'contemporary' classical liberalism.

Thematically, the volume falls into three parts. Part I examines foundational matters, arguing that Darwinism and classical liberalism hold incompatible visions of morality, human nature, and individual autonomy. This section also contends that the free market's spontaneous order is fully compatible with a teleological (or non-Darwinian) view of the universe. Part II turns to contemporary applications, contending that Darwinism and classical liberalism are at odds in their views of (or implications about) limited government, vital religion, economic freedom, and the traditional family. This section also argues that, since its inception, Darwinism has attenuated core tenets and values of classical liberalism and Western civilization.

Part III of the volume contains alternative views to those in the first two parts, adding critical diversity to the book. Respectively, these chapters hold that Darwinian evolution simply has little to say about classical liberalism; an evolutionary account of human volition is fully compatible with the individual choice presupposed in classical liberalism; and evolutionary naturalism, unlike religious alternatives, provides a strong foundation for freedom, morality, and the traditional family.