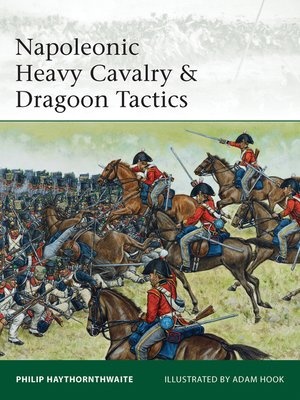 During the Napoleonic Wars the supreme battlefield shock weapon was the heavy cavalry - the French cuirassiers, and their British, Austrian, Prussian and Russian counterparts. Big men mounted on big horses, the heavy cavalry were armed with swords nearly a metre long, used for slashing or thrusting at their opponents; many wore steel armour, a practice revived by Napoleon. They were tasked with smashing a hole in the enemy's line of battle, with exploiting a weakness, or with turning a flank. Their classic manoeuvre was the charge; arrayed in close-order lines or columns, the heavy cavalry would begin their attack at the walk, building up to a gallop for the final 50 metres before impact.
Illustrated with diagrams, relevant paintings and prints and specially prepared colour plates, this is the first volume of a two-part study of the cavalry tactics of the armies of Napoleon and those of his allies and opponents. Written by a leading authority on the period, it draws upon drill manuals and later writings to offer a vivid assessment of how heavy cavalry actually fought on the Napoleonic battlefield.