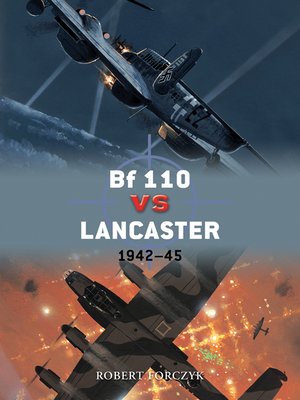 HistoryMilitaryNonfiction
The RAF introduced the Avro Lancaster in 1942 and used it to spearhead this aerial offensive. In response, the Luftwaffe created an elite nightfighter force based primarily upon the Bf 110. The Luftwaffe was quick to equip it with airborne radar that allowed it to intercept and destroy Lancasters over Germany. In turn, the RAF adopted countermeasures such as the Monica rearward-looking radar to alert Lancaster crews to the approach of nightfighters. In May 1943 the Luftwaffe suddenly developed a novel technical and tactical approach to attacking RAF bombers. The new tactic proved amazingly successful, and British bombers could be attacked from below with no warning. For its part, the RAF failed to detect the new German tactic for six crucial months, during which time its Lancaster bombers were almost defenceless against this new threat. In time, however, the German advantage of surprise was lost and the RAF developed countermeasures to deal with the new threat. The duel between upgraded Bf 110s and Lancasters in the night skies over Germany became increasingly dominated by cutting-edge technology, which would determine the efficacy of strategic bombing.
HistoryMilitaryNonfiction

Robert Forczyk has a PhD in International Relations and National Security from the University of Maryland and a strong background in European and Asian military history. He retired as a lieutenant colonel from the US Army Reserves having served 18...

More about Robert Forczyk
Bf 110 vs Lancaster
Copy and paste the code into your website.
New here? Learn how to read digital books for free