ebook ∣ A Story of the South's Black Underworld 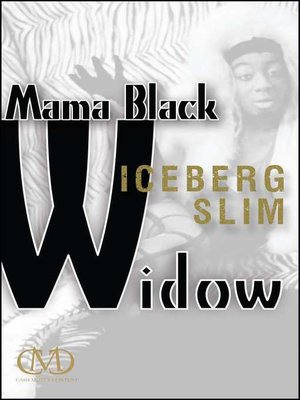 View more libraries...
"Iceberg Slim breaks down some of the coldest, capitalist concepts I've ever heard in my life." —Dave Chappelle, from his Netflix special The Bird Revelation

The most gritty and real illustration of the black ghetto ever told, from the only man capable of telling it, Iceberg Slim, bestselling author of Pimp. Iceberg Slim's story is now depicted in a major motion picture distributed worldwide.
Mama Black Widow tells the tragic story of Otis Tilson, a stunning black drag queen trapped in a cruel queer ghetto underworld. In hopes of escaping the racial bigotry and economic injustice of the South, Otis' family journeys north from their plantation to an urban promised land. Once in Chicago Otis and his brother and sisters become prisoners to a wasteland of violence, crime, prostitution and rape. This is the gut-wrenching tale of the destruction of a family and the truest portrayal of homosexuality in the ghetto ever told.