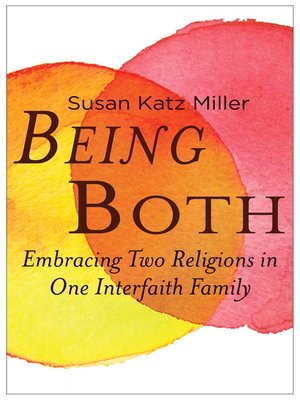 Susan Katz Miller grew up with a Jewish father and Christian mother, and was raised Jewish. Now in an interfaith marriage herself, she is a leader in the growing movement of families electing to raise children in both religions, rather than in one religion or the other (or without religion). Miller draws on original surveys and interviews with parents, students, teachers, and clergy, as well as on her own journey, in chronicling this grassroots movement. Being Both is a book for couples and families considering this pathway, and for the clergy and extended family who want to support them. Miller offers inspiration and reassurance for parents exploring the unique benefits and challenges of dual-faith education, and she rebuts many of the common myths about raising children with two faiths. Being Both heralds a new America of inevitable racial, ethnic, and religious intermarriage, and asks couples who choose both religions to celebrate this decision.