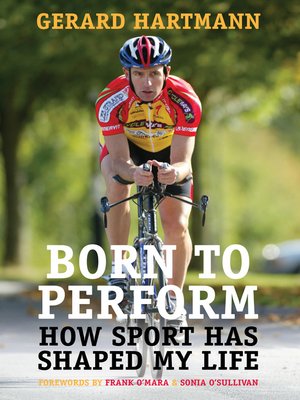 Since 1991 Ger Hartmann has worked as a physical therapist with many of the world's greatest athletes, as well as with a number of Irish rugby, athletic and GAA stars. Before a serious injury halted his career as an athlete, Hartmann was among Ireland's first triathlon champions, winning seven national championships from 1984 to 1991. In Born to Perform, Hartmann takes a look at his experiences in sport, both as a competitor and a physical therapist, and how it has helped and healed his life. Born to Perform is an engaging and inspiring account of the life of an athlete at the top of his game, and how he dealt with the injury that took him out of competing, starting again as a physical therapist. The book shows how drive and determination can lead to success in sport and life. It warns against obsession with sport to the detriment of family and relationships, and mental and physical health. Born to Perform is a book for anyone who wants to make the most of life and succeed at what they love.

Since 1991 Gerard Hartmann has worked as a physical therapist with many of the world's greatest athletes, including Sonia O'Sullivan, Kelly Holmes and Paula Radcliffe, as well as with a number of Irish rugby, athletic and GAA stars. Before a serio...

More about Gerard Hartmann
Born to Perform
Copy and paste the code into your website.
New here? Learn how to read digital books for free