ebook ∣ For Love or Money 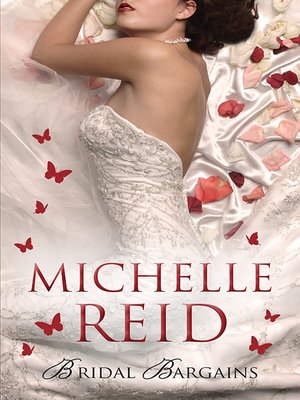 For Love or Money

Claire was trying to look after her baby sister alone and on the verge of taking drastic action when she met sexy Greek tycoon, Andreas Markopoulou. He offered to marry Claire and adopt Melanie. But it seemed Andreas would go to any lengths to grant his grandmother's dying wish to hold her great grandchild, even if that meant deceiving everybody - including his new bride.

Xander Pascalis can buy anything...including a wife! At millions of dollars, Helen is lavishly expensive. But Xander thinks he knows a good deal when he sees one. However, when Helen refuses to share his bed, Xander is forced to tame his headstrong wife into keeping her marriage vows...

The Price Of A Bride

When Mia Frazier agreed to her father's demand to marry Greek millionaire Alexander Doumas, she knew both men stood to gain from the deal. She had her own reason for agreeing to be Alex's wife. But how could the truth stay hidden, when she shared such intense passion with her new husband...and was now carrying his child?

For Love or Money