Tales of Natural and Unnatural Catastrophes 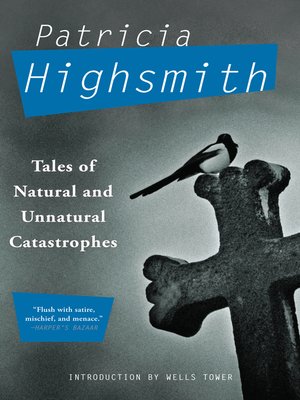 From a winner of both an O. Henry Award and a Silver Dagger Award, among other honors, and the author of Strangers on a Train, the basis for the classic Hitchcock film, this collection of short fiction is filled with "afterimages that will tremble—but stay—in our minds" (The New Yorker).

"Whereas we read Stephen King or Ruth Rendell to relish the thrills that come from carefully controlled verbal terror, Highsmith is not to be taken so lightly. She conveys a firm, unshakable belief in the existence of evil—personal, psychological, and political. . . . The genius of Tales—and all of Highsmith's writing—is that it is at once deeply disturbing and exhilarating." —The Boston Phoenix

"Combining the best features of the suspense genre with the best of existential fiction . . . The stories are fabulous, in all senses of that word." —Paul Theroux