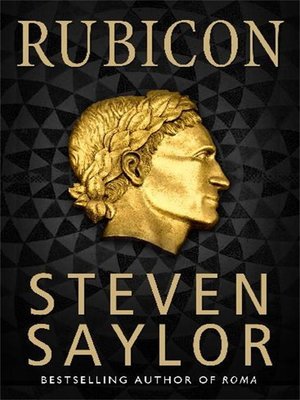 FictionHistorical Fiction
A story of murder and duplicity during the Roman civil war featuring Gordianus the Finder. Caesar and his troops have crossed teh Rubicon and ar marching on Rome. Pompey his rival, is preparing to flee south with his loyal troops, leaving the city unguarded and ungoverned. Before Pompey leaves Rome, however, his cousiin and protege is found dead, garotted in Gordianus's garden. Enraged, Pompey demands that Gordianus discover and name the killer. With one son a trusted aide of Caesar and his son-in-law held as hostage by Pompey, Gordianus faces a personal crisis: he must learn the secrets of the dead man and reveal a murderer to protect his own family from being crushed by the opposing forces that will forever change the Roman world.
FictionHistorical Fiction

More about Steven Saylor
Rubicon
Copy and paste the code into your website.
New here? Learn how to read digital books for free