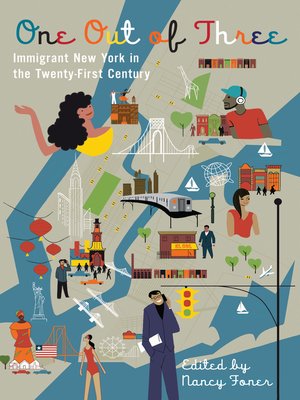 One Out of Three

Nancy Foner's introduction describes New York's role as a special gateway to America. Subsequent essays focus on the Chinese, Dominicans, Jamaicans, Koreans, Liberians, Mexicans, and Jews from the former Soviet Union now present in the city and fueling its population growth. They discuss both the large numbers of undocumented Mexicans living in legal limbo and the new, flourishing community organizations offering them opportunities for advancement. They recount the experiences of Liberians fleeing a war torn country and their creation of a vibrant neighborhood on Staten Island's North Shore. Through engaging, empathetic portraits, contributors consider changing Korean-owned businesses and Chinese Americans' increased representation in New York City politics, among other achievements and social and cultural challenges. A concluding chapter follows the prospects of the U.S.-born children of immigrants as they make their way in New York City.

Nancy Foner is Distinguished Professor of Sociology at Hunter College and at the Graduate Center of the City University of New York. She is the author of numerous books, including From Ellis Island to JFK: New York’s Two Great Waves of Immigration.

More about Nancy Foner
One Out of Three
Copy and paste the code into your website.
New here? Learn how to read digital books for free