ebook ∣ My Life as the Coyote and After 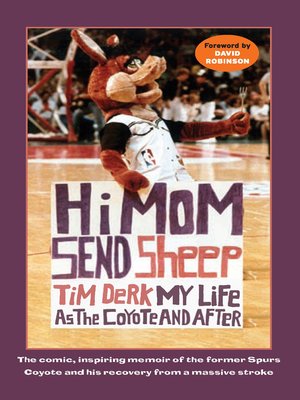 At 47, Tim Derk had long been the San Antonio Spur's crowd-pleasing Coyote and was widely regarded as the NBA's funniest, most inventive mascot. Then, as the Spurs were headed toward their third championship, Derk suffered a massive stroke and his seemingly charmed existence was shattered. Here, he recounts his courageous battle to recover from the stroke's devastating impact, both on his body and his career. Amusing reminiscences of Spurs' players and owners, and of his own on-court hijinks, enliven Derk's uplifting tale of stroke survival.