Baseball in the Lone Star State 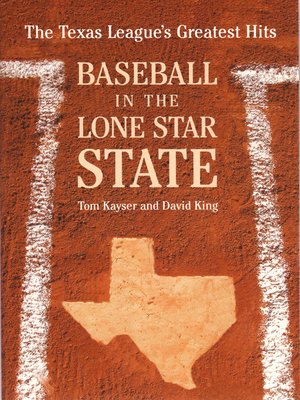 View more libraries...
In short episodic chapters, Kayser and King create a history of this storied minor league, providing a broad picture of the shifting character of baseball operations over the past century or so. Portrayed are the many and varied and often colorful owners, managers, and players who did so much to give this league a powerful place in Texas culture.
Accompanying the text are dozens of B&W photos, dating to the founding of the league, and an appendix of baseball statistics, essential information for the true aficionado.
With nine teams in states from Arkansas, Texas, and Oklahoma, the Texas League has brought America's favorite sport to local fans for more than 100 summers. This book chronicles those games, their players, and will delight the legions of diehard fans of teams like the San Antonio Missions or El Paso Diablos or the Midland Rock Hounds who devotedly cheer loudly and boo lustily.