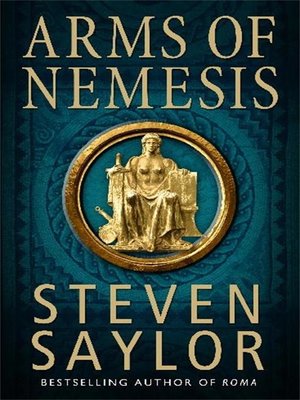 FictionHistorical Fiction
South of Rome on the Gulf of Puteoli stands the splendid villa of Marcus Crassus, Rome's wealthiest citizen. When the estate overseer is murdered, Crasus concludes that the deed was done by two missing slaves, who have probably run off to join the Spartacus Slave Revolt. Unless they are found within five days, Crassus vows to massacre his remaining ninety-nine slaves. To Gordianus the Finder falls the fateful task of resolving this riddle from Hades. In a house filled with secrets, the truth is slow to emerge and Gordianus realizes that the labyrinthine path he has chosen just may lead to his own destruction.
FictionHistorical Fiction

More about Steven Saylor
Arms of Nemesis
Copy and paste the code into your website.
New here? Learn how to read digital books for free