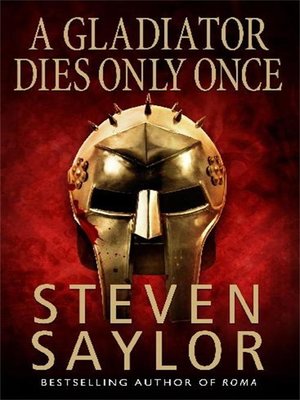 A Gladiator Dies Only Once

FictionHistorical Fiction
Gordianus the Finder, famed detective of Ancient Rome, returns in a riveting of stories. Nine tales of murder and intrigue take him from the seamy streets of Rome to elegant villas on the Bay of Naples, from the spectacular backdrop of a chariot race to a domestic dispute with his Egyptian concubine Bethesda. In the title story a beautiful Nubian actress begs Gordianus to solve an impossible problem: how can she have just seen her beloved brother in the market place when she had previously watched him die a gruesome death as a gladiator?
FictionHistorical Fiction

More about Steven Saylor
A Gladiator Dies Only Once
Copy and paste the code into your website.
New here? Learn how to read digital books for free