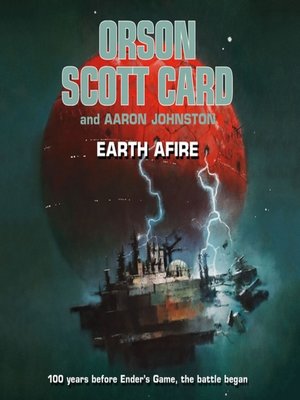 One hundred years before Ender's Game, the aliens arrived on Earth with fire and death. Earth Afire by Orson Scott Card and Aaron Johnston is the story of the First Formic War.

Victor Delgado beat the alien ship to Earth, but just barely. Not soon enough to convince skeptical governments that there was a threat. They didn't believe that until space stations and ships and colonies went up in sudden flame.

And when that happened, only Mazer Rackham and the Mobile Operations Police could move fast enough to meet the threat.

More about Orson Scott Card
Earth Afire
Copy and paste the code into your website.
New here? Learn how to read digital books for free