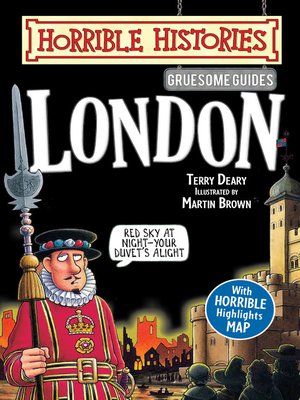 A place of plague, pestilence and fire, plus the brutal Blitz and the eye-watering Great Stink. It's loathsome London as the tourists never see it - with all the hidden horrible bits! In this gruesome city guide, Terry Deary takes you on a tour of Britain's biggest city, exposing all its scurrilous secrets. Take a trip to the terrifying Tower (but try to keep your head on). Dip into London's largest toilet, the ruthless River Thames! Peer into creepy St Paul's Cathedral! It's a blood-spattered trip you simply daren't miss!

London
Copy and paste the code into your website.
New here? Learn how to read digital books for free