Abbott & Costello in the Catskills

audiobook (Audio Theater) ∣ An Authentic Recreation of a 1930s Borscht Belt Variety Show, Recorded Before a Live Audience in the Catskills 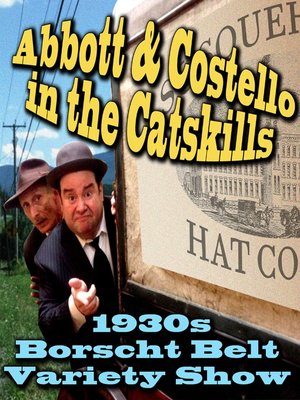