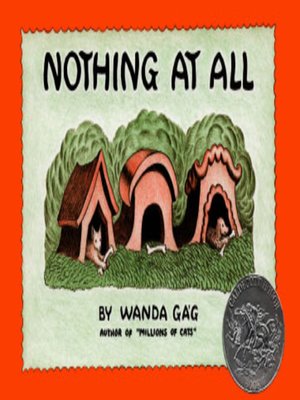 "Nothing at All" is the name of an orphaned puppy living with his two brothers until two children come to adopt them. Unfortunately, Nothing at All gets inadvertently left behind—not out of cruelty, but because he is invisible!

He is horribly lonely until he meets a bird, a Jackdaw, who says that he knows how to make the puppy visible. Nothing at All doesn't think much of the bird at first, but follows the instructions anyway, and after a little time, hard work, and a lot of dizziness, the puppy becomes visible and is adopted along with his brothers.