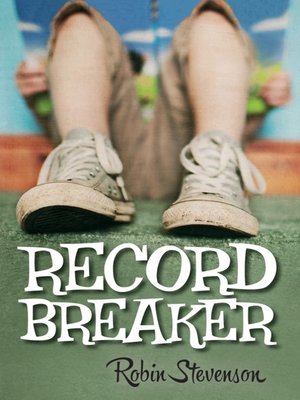 It's 1963, and Jack's family is still reeling from the SIDS death of his baby sister. Adrift in his own life, Jack is convinced that setting a world record will bring his father back to his senses and his mother back to life. But world events, including President Kennedy's assassination, threaten to overshadow any record Jack tries to beat—from sausage eating to face slapping. Nothing works, and Jack is about to give up when a new friend suggests a different approach that involves listening to, not breaking, records.

Robin Stevenson is the author of more than twenty-five books for kids and teens, including The Summer We Saved the Bees and Pride Colors. The first edition of her nonfiction book Pride: Celebrating Diversity & Community (2016) won a Stonewall Hono...

More about Robin Stevenson
Record Breaker
Copy and paste the code into your website.
New here? Learn how to read digital books for free