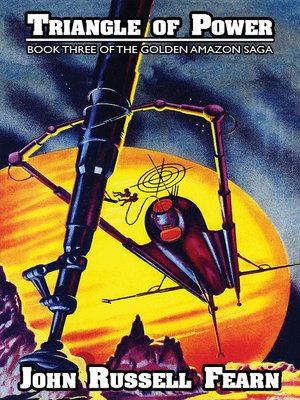 To the peoples of Earth, it had seemed the perfect marriage when Violet Ray Brant—better known as The Golden Amazon—and Abna of Atlantis were wed in Westminster Abbey. But it was nothing of the kind, and before long Abna found himself betrayed and marooned on a satellite of Jupiter, while the Amazon's spaceship had been sent hurtling far beyond the solar system in reprisal. Taking advantage of the absence of Earth's greatest protectors, master scientist Sefner Quorne, another survivor of the Atlanteans, steps in and takes hypnotic control of the planet using ten disembodied brains linked together in a gigantic computer. The human race seems doomed to eternal scientific slavery...unless the TRIANGLE OF POWER can somehow be re-established! Another gripping SF adventure from the pulp era.

Triangle of Power
Copy and paste the code into your website.
New here? Learn how to read digital books for free