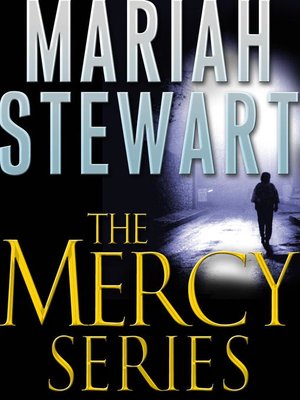 After two high school seniors are shot dead in a park in Conroy, Pennsylvania, the authorities conclude that one of the other two kids in the park that night—a boy and a girl, both now missing—was the killer. Private investigator Mallory Russo is hired by reclusive billionaire Robert Magellan to figure out what happened. Mallory teams up with police detective Charlie Wanamaker to uncover the truth and find the missing kids, dead or alive. What they discover will take them down a twisted path that leads to an old unsolved murder—and justice for a killer with a heart of stone. The resolution leads Magellan to fund the Mercy Street Foundation, a private organization whose focus is on finding missing persons whose cases have gone cold.

After Ann Nolan, a California beat cop, adopts the daughter of a notorious drug dealer, the ruthless father vows to take back his only child. In response, Ann flees across the country, changes her name, and starts a new life as an investigator for the Mercy Street Foundation, the billionaire-endowed organization dedicated to finding missing persons. As Emme Caldwell, she takes the lead on the Foundation's first case: Nineteen-year-old Belinda Hudson disappeared from her sorority house leaving behind only one cryptic clue. But the closer Emme gets to the chilling truth, the more apparent it becomes that she's escaped one dangerous man only to run head-on into another—one who's far more determined and every bit as deadly.

Former FBI agent Sam Delvecchio brings the keen skills of a profiler to his new position as a Mercy Street Foundation agent—and not a moment too soon. His first assignment, the cold-case murder of a local soup kitchen volunteer, has all the telltale signs of a serial killer's work. That grim suspicion is confirmed when FBI agent Fiona Summers shares the details of two other killings with eerie similarities to Sam's case: The bodies in all three cases have been carefully posed. But as Sam and Fiona race to prevent more killing, messages from their target lead to the most chilling realization of all.

"Fantastic . . . The author's finely drawn characters, and her rapid-pace, intelligent stories, keep the suspense flowing and the pages turning."—Fresh Fiction

"Superb, well-developed characters; wonderful pacing; just the right amount of romance; and enough twists and turns for a mild whiplash."—Reader to Reader
FictionRomanceSuspenseThriller

Mariah Stewart is the award-winning New York Times bestselling author of more than thirty novels of contemporary romance and romantic suspense. A native of Hightstown, New Jersey, she lives with her husband and their dogs amid the rolling hills an...

More about Mariah Stewart
The Mercy Series 3-Book Bundle
Copy and paste the code into your website.
New here? Learn how to read digital books for free