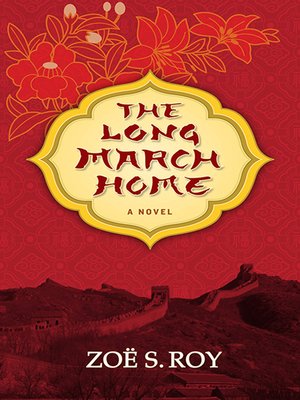 The Long March Home tells the story of three generations of women. Agnes, a young Canadian goes to China as a missionary, and falls in love with a Chinese medical student. Growing anti-western sentiment forces her to return home to Nova Scotia, where she discovers she is pregnant. Meihua, their American-born daughter, travels to China in search of the father she never met and winds up marrying a Chinese man, but the Cultural Revolution tears their lives apart. With both parents imprisoned, it falls to the family's illiterate servant, Yao, to shield their daughter, Yezi, and her brother, from family tragedy, poverty, and political discrimination, negotiating their survival during the revolution that she barely understands. Only after her mother is released, does Yezi learn about her foreign grandmother, Agnes. Curious about her ancestry, Yezi travels to the U.S. to meet Agnes and learn about her life in China with the man her mother still longs to find.