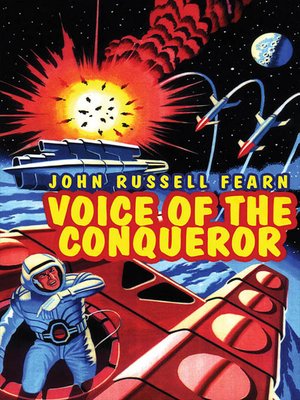 Voice of the Conqueror

FictionScience Fiction
Albert Simpkins, a mild-mannered theater projectionist, dreams of the inventions that that he can create—and when he finally has an opportunity to realize his vision, he sets himself up as the "Voice of the Conqueror," a supposed alien lifeform in orbit around the Earth, whose sole intent is to rid the world of weapons of mass destruction. But even the best-imagined notions sometimes go awry, and when several individuals—including one of Albert's daughters—are killed under mysterious circumstances, he's arrested and charged with murder. Simpkins knows that he isn't responsible for the deaths, but how can he prove the impossible? Unless...the unthinkable is actually true! A marvelous SF puzzler from the golden era of the pulp magazines!
FictionScience Fiction

Voice of the Conqueror
Copy and paste the code into your website.
New here? Learn how to read digital books for free