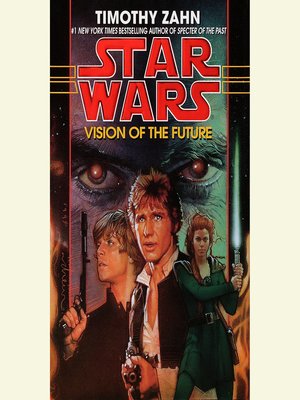 Vision of the Future

Hugo Award-winning author Timothy Zahn brings his epic two-volume series The Hand of Thrawn to an explosive conclusion with a discovery that rocks the New Republic to its foundations--and threatens to resurrect the Empire.

The Empire's master plan is under way. The New Republic is on the verge of civil war and the rumor that the legendary Admiral Thrawn has returned from the dead is rallying the Imperial forces. Now Luke Skywalker, Han Solo, Princess Leia, and their allies face the challenge of their lives. They must infiltrate a hidden fortress filled with Imperial fanatics, rendezvous with a double-dealing Imperial commander, and journey into enemy territory to learn the identity of those responsible for an act of unthinkable genocide. But most important of all is the truth about Thrawn. In his hands--alive or dead--rests the fate of the New Republic.

Timothy Zahn is one of science fiction's most popular voices, known for his ability to tell very human stories against a well-researched background of future science and technology. He won the Hugo Award for his novella Cascade Point and is the au...

More about Timothy Zahn
Vision of the Future
Copy and paste the code into your website.
New here? Learn how to read digital books for free