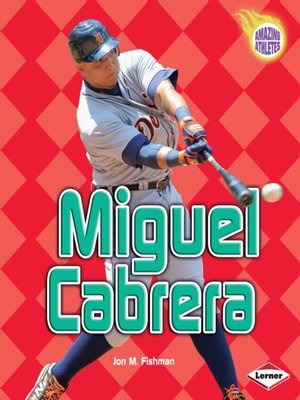 Miguel Cabrera always knew that he wanted to be a baseball player. He grew up next to a baseball field in Venezuela, and most of his family played the game. Miguel became a star with the Florida Marlins, helping the team win the World Series in 2003. He was traded to the Detroit Tigers in 2008 and has become one of the most-feared sluggers in the game. In 2012, Miguel became the first player in 45 years to win the Triple Crown in the American League. Learn how Miguel went from a small field in Venezuela to the top of the baseball world.