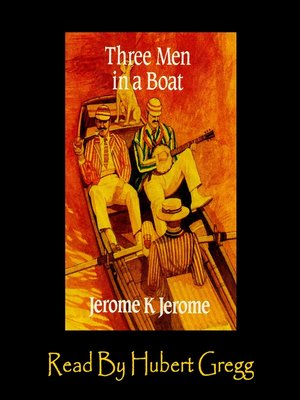 The world has been very kind to this book. I have written books that have appeared to be more clever, books that have appeared to be more humorous, but it is as the author of Three Men In A Boat (To Say Nothing Of The Dog) that the public persists in remembering me. Certain critics used to suggest that it was the vulgarity of the book, its entire absence of humour, that accounted for its success with the people. But one feels by this time that such a suggestion does not solve the riddle. Bad art may succeed for a time and with a limited public. It does not go on extending its circle for nearly half a century. I have come to the conclusion, be the explanation what it may, I can take credit to myself for having written this book. That is, if I did write it, for really I hardly remember doing so. I remember only feeling very young and absurdly pleased with myself, for reasons that concern only myself. It was summertime, and London is so beautiful in summer. It lay beneath my window, a fairy city veiled in golden mist, for, I worked in a room high above the chimney pots, and at night the lights shone far beneath me, so that I looked down as into an Aladdin's cave of jewels. It was during those summer months I wrote this book. It seemed the only thing to do – JEROME K JEROME - An early life of poverty exacerbated by the death of his parents in his early teens helped to cruelly mould the young Jerome. After early stints on the railways, as an actor, a journalist, a school teacher, a writer and a solicitors clerk he had some minor success with a collection of comic memoirs "On The Stage – And Off" about his earlier stint as an actor. Shortly thereafter he married and his honeymoon on the Thames became the inspiration for Three Men In A Boat. This of course was a wild success both critically and commercially and also his creative highpoint. Although he was now able to write full time he was never able to attain all the heights of that classic humorous novel. These stories are brought to your ears by Hubert Gregg.