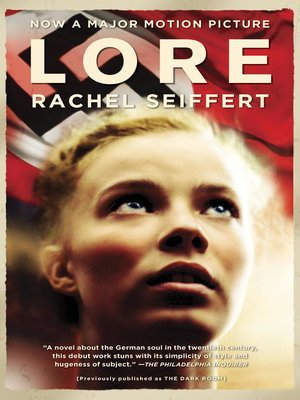 Now a Major Motion Picture, Lore (previously published as The Dark Room) is a powerful, suspenseful work of fiction that examines the legacy of World War II on ordinary Germans -- both immediate survivors of the war and future generations. A Booker Prize finalist and winner of the Los Angeles Times Book Prize.

<![CDATA[In the spring of 1945, weeks after the defeat of Germany, a teenage girl called Lore -- whose parents have been arrested by the Allies -- sets off with her four younger siblings on a 500-mile illegal trek through the four zones of occupation in search of their grandmother. This central episode of a novel in three parts is the basis for a new film. <div class="read-more-container">