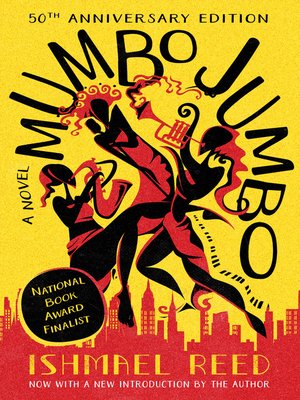 Ishmael Reed's inspired fable of the ragtime era, in which a social movement threatens to suppress the spread of black culturehailed by Harold Bloom as one of the five hundred greatest books of the Western canonIn 1920s America, a plague is spreading fast. From New Orleans to Chicago to New York, the Jes Grew epidemic makes people desperate to dance, overturning social norms in the process. Anyone is vulnerable and when they catch it, they'll bump and grind into a frenzy. Working to combat the Jes Grew infection are the puritanical Atonists, a group bent on cultivating a Talking Android, an African American who will infiltrate the unruly black communities and help crush the outbreak. But PaPa LaBas, a houngan voodoo priest, is determined to keep his ancient cultureincluding a key spiritual textalive.   Spanning a dizzying host of genres, from cinema to academia to mythology, Mumbo Jumbo is a lively ride through a key decade of American history. In addition to ragtime, blues, and jazz, Reed's allegory draws on the Harlem Renaissance, the Back to Africa movement, and America's occupation of Haiti. His style throughout is as avant-garde and vibrant as the music at its center. This ebook features an illustrated biography of Ishmael Reed including rare images of the author.

Ishmael Reed (b. 1938) is an acclaimed multifaceted writer whose work often engages with overlooked aspects of the American experience. He has published ten novels, includingFlight to Canadaand Mumbo Jumbo, as well as plays and collections of essa...

More about Ishmael Reed
Mumbo Jumbo
Copy and paste the code into your website.
New here? Learn how to read digital books for free